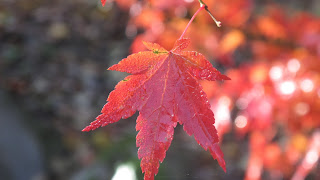 If you haven't already, you will lose someone you can't live without, and your heart will be badly broken, and you never completely get over the loss of a deeply beloved person. But this is also good news. The person lives forever, in your broken heart that doesn't seal back up. And you come through, and you learn to dance with a banged up heart.
Anne Lamott 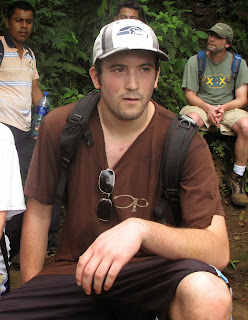 Nine years ago, (on October 22, 2010) our oldest son Matthew died at the age of 21 and we started on a grief journey that we continue on to this day. Nine years ago, the enormity of the loss was just beginning to settle upon us as we began to place our feet on the path that was only just beginning to reveal itself. Nine years ago, I remember wishing that we could fast forward our way out of the immense pain that was enveloping us so that we could emerge in a place that was somehow less excruciating, less "different." Of course, we couldn't do that. Our world had been knocked off its axis, and now we had a huge line running down it marked "before and after."  We were plunged into a wilderness that we had never encountered before, and our lives were forever changed. Now as I stand at the ninth anniversary, I find I am grateful for many things that I am continuing to learn on this journey. Here are some of my reflections from the past nine years.


The first is that the grief we feel is a function of the love we feel for Matthew, and that love is infinite. Without love, you don't grieve. Yes, we are learning how to live without his physical presence in our lives, but it doesn't mean he is no less present in our lives.  We talk about him all of the time, tell stories, share memories and carry him in our hearts. Our relationship with him has been redefined, but we still have a relationship. This may be a hard concept to understand if you've never experienced a profound loss, but that has been our experience.

Secondly, It's impossible to write about my own grief journey without talking about the importance of connecting with others who were already navigating a similar road.  Before Matthew died, I only knew a few people who had lost children. Our worlds didn't intersect, and possibly more to the point, it wasn't something that was talked about. As the months started to unroll, I began to meet others who were further down the road than we were and they served as beacons of hope for me. I saw that they were not only surviving, but had also found meaning in their new lives.  This was such a crucial concept for me at the time, because life seemed so hopeless. But I began to see how others had picked up the pieces of their lives and reassembled them, so that once again their lives had purpose.

Now some of my dearest friends are walking this path with me, and while I wish that none of us were on it, I am so grateful for their friendships and can't imagine being on this journey without them. Some are years ahead of me, some are walking in tandem with me, and others are just starting out. We light each other's paths as we make our way in a world without our children. No one understands our journey like another bereaved parent; it helps to be with others who are walking the same rocky path.

Third, the feelings of hopelessness do dissipate with time. One of the things that can be so daunting in the early stages of loss is the fear that your life no longer has meaning. You worry that you will never be fully engaged with the world again. Thankfully, meaning does begin to emerge. For me, it happened about 18 months after Matthew died. Something changed within me, and I felt I was ready to give back in some way. I realized I wasn't afraid to walk alongside someone in those early, dark months, and I thought I could support others on their grief journeys. I began a Grief Support Training program in Colorado, and an opportunity arose to lead grief groups in my community. So for the past 7 years, I  have been doing this, and it is truly an honor. I see my role as creating safe spaces so that others can bear witness to each other's losses, share their stories and begin to heal. The non-profit I work for also started a one-on-one Grief Support Program which has been a wonderful way for people who are not "group" people to receive support too.

Finally, there are no stages to grief. It's messy and unpredictable and certainly not orderly. Poor Elizabeth Kubler Ross, her Five Stages of Death were misapplied to grief, and misinterpreted. Actually, my co-facilitator says that there are really only two stages of grief: who you were before and who you are now (or who you are becoming). That makes much more sense to me.

As I've discovered these past nine years, there's no getting off of the path we now find ourselves on; it's a lifelong journey. In the beginning, the road we found ourselves on seemed almost insurmountable, and yet we kept on stumbling through it, because, it's the only way. Thankfully there are others making this journey and we lean on them at times, and let them lean on us. Soon you learn to balance the heartbreak of losing your child with the many memories you have of them.  Hope returns, and as Anne Lamott says, "you learn to dance with a banged up heart."
Posted by Robin Gaphni at 6:55 AM 5 comments: