I never said I wanted a 'happy' life, but an interesting one. From separation and loss, I have learned a lot. I have become strong and resilient, as is the case of almost every human being exposed to life and to the world. We don't  even know how strong we are until we are forced to bring that hidden strength forward.
Isabel Allende 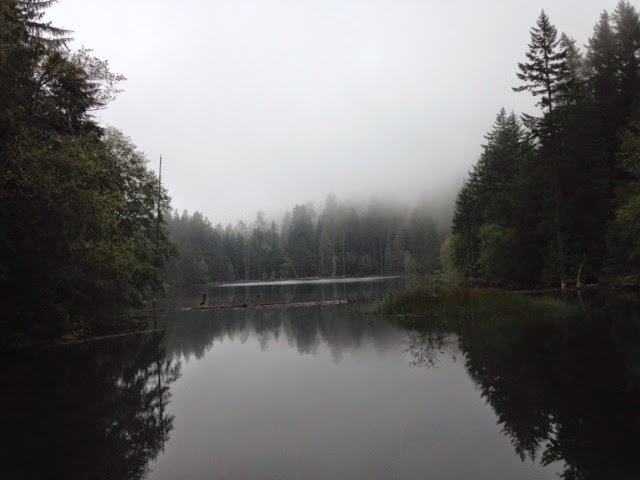 Grief and loss have weighed heavily on my mind lately, as a very dear friend of mine (and many in our community) passed away last month at the young age of 53. While on the one hand it was not a surprise as she had been fighting cancer for years, it nonetheless took the breath away from many of us. This woman was a true bright light in many of our lives and it just didn't seem possible that she was now gone. The world is a much dimmer place without her. She leaves behind three children in their early 20's, a loving husband and a multitude of friends. Another life cut short.

Mounting losses. That's the term that came to mind this fall as I crossed over a number of thresholds:  the ninth anniversary of my dear friend Toby's passing in September, the fourth anniversary of Matthew's passing in October and the 22nd anniversary of my dad's passing in November.  And now another dear friend has left this world. It makes one realize that you don’t get through life unscathed. As one creates the deep connections that make life so meaningful, it's only natural that we are going to lose people we deeply care about. It certainly doesn't make it any easier knowing that this is what lies ahead. But unless you live in complete isolation, then this is what is in store for us.

In my new job I interact a lot with the elderly, and I have discovered I thoroughly enjoy working with people in their 80's and 90's. Their wisdom and life experiences are fascinating, inspiring and humbling all at the same time. I love hearing their stories of what they did during the Depression, World War II and beyond. Their memories, which can sometimes be fuzzy on day-to-day matters, are often crystal clear when relaying stories from the past.

More often than not, in the course of our conversation, the subject of loss comes up. It frequently starts with a recent loss (i.e. a spouse) but then dovetails into other losses that have been a part of their lives. Sometimes it's a child or a sibling that died long ago. Sometimes, (especially for those in their 90's) it's the fact that most of their friends have died and they find their worlds getting narrower and narrower. It's not easy outliving everyone.  Yet I'm struck by how resilient, strong and optimistic so many remain despite the multiple and often painful hardships most of them have endured.

I must admit that I feel a certain affinity with the elderly because of the loss of Matthew. Eighty years ago it was more common for a family to lose a child. Nowadays, thanks in good part to modern medicine, most children survive childhood. Yet these seniors remember a time when it wasn't always so and as they enter their 80's and 90's they have survived many losses and emerged intact and grateful for their full lives.

Since my son died, I know that I think more about death and loss than I did before. That is one of the ways I've changed. But I don't think it's in a particularly morbid way. I think I just live in more of a heightened state of awareness that we are not here forever, and that we should try and live our lives with that thought in mind. It really could all end tomorrow. I realize that sounds trite, and yet how often do we forget and just go through the motions of each day. I think because I now have so many interactions with older people, I am reminded of it more constantly. They are nearing the end of their lives, and they aren't in denial about it. Hearing their stories is a reminder of just how resilient humans can be in spite of the role that “mounting losses” have played in their lives. I am grateful that I have the opportunity to interact regularly with people in their 80's and 90's and learn from them. My life is so much richer because of it.