Grief is in two parts. The first is loss. The second is the remaking of life.
Anne Roiphe 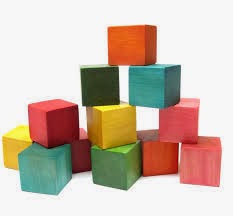 I've been thinking about the role that grief plays in my life now.  It's been almost three years and four months since Matthew died, and I know that I carry grief in my pocket like a well-worn talisman, its edges worn down by constant caressing. There's a lot of literature and research out there about the five stages of grief first proposed by Elisabeth Kubler-Ross in her book On Death and Dying. I'm sure you are all very familiar with these stages:  denial, anger, bargaining, depression and acceptance. Early on I realized that these stages weren't sequential or even finite, but rather made up a continuum that one crisscrossed on the journey. In the first year, these stages would wash over me in random waves, sometimes alone, sometimes in pairs and (more often than not) out of order. I now know that one doesn't cross some sort of finish line and be "done" with it. It's just not that simple.

I think that part of my curiosity about grief stems from the fact that there are still moments when disbelief settles upon me seemingly out of the blue. It's not like the disbelief that occurred in the very beginning, when it was more in the form of denial (or shock). No this is a post-acceptance type of disbelief where you are suddenly hit with the undeniable fact that this is where your life is now. I imagine that this happens to people who are fighting a serious illness too. A wave of awareness appears out of nowhere knocking you off of your axis, reminding you of your new reality. It can be a bit jarring, this brush with your new normal. It's a harsh reminder that your world is irrevocably changed.

Dr. Alan Wolfeldt is an expert in the field of grief and loss, and he came up with the term "reconciliation," which I think is a more apt way to express that place that one ultimately lands. Dr. Wolfeldt feels that eventually people become reconciled to the new reality of their lives. With time, one is able to grow and expand their life around their grief in order to continue living.  Notice he says around their grief, he doesn't say in absence of their grief.  He states that "with reconciliation comes a renewed sense of energy and confidence, an ability to fully acknowledge the reality of death and a capacity to become reinvolved in the activities of living."