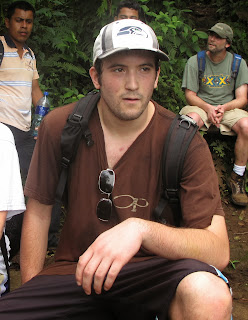 Life is a very narrow bridge between two eternities. Be not afraid.
Rabbi Nachman of Braslav 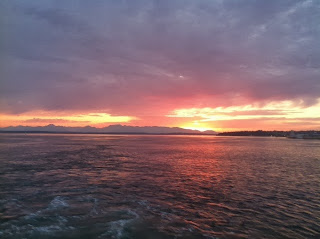 Autumn is returning.  Here in the Northwest, we seem to have been plunged into it more abruptly than usual. Seemingly overnight, we have gone from warm, clear 80-degree days to gray skies, high winds and sheets of rain. Below I am going to share a story that recently happened to me. If you are a skeptic on what happens after we die, you may want to skip this. For those of you who know me personally, you know that I am not a terribly woo-woo person. I believe most people think I’ve got my feet more or less on the ground. But I also believe that there is way more to life than what is currently before us, and this little story offers a tad more evidence of that.


On one of the first days that this change of weather occurred, I was driving down our highway heading back to work after an assessment. I was also feeling a bit melancholy. Fall has always been my favorite season, but as I wrote about last year, it will be forever bittersweet as it is the time that Matthew died. So as I was driving, I was feeling the heaviness of the season settling in on me, and I began to talk to Matthew. I tend to talk to him in the car when I’m alone, mostly as a way to process my thoughts out loud. Anyway, I noted to him that we were just about at the time three years ago when he first got sick, and that it was hard to believe that so much time had passed since we had last seen him. I told him how much we missed him and how we just wished we knew he was okay.  I said I wish he could show us a sign. (Just a note: I typically have this “one-sided conversation” with Matthew about eight or nine times a year, and it's always in the car.) Anyway, I got back to my office and went about my day as usual. After work, I went on some errands and noticed as I was wrapping up that I had missed a call from my daughter. So when I got into the car, I spoke into the Bluetooth speaker “Call Aviva.” I always place a special nasal emphasis on her name and draw it out, mimicking how the Bluetooth Lady sounds (A VEE VAA). Right then, my dashboard lit up with the word “Matthew” and the Bluetooth voice came back at me and said: “Would you like to call Matthew?” I was so shocked that I immediately said “no,” and then I quickly said, "I mean yes” But it had already heard the “no” and disconnected.


Well you can imagine how I felt. Or perhaps you can’t. I felt like here was the sign I had asked for.  The only other time that the Bluetooth device gets it wrong is when the name sounds similar. For instance, it has asked me before if I “would like to call Anita” when I’ve said Aviva, which is why I tend to draw out her name when I make the request. But Matthew and Aviva do not sound alike. So, while there may be skeptics out there reading this, I will tell you that hearing that voice ask me “Would you like to call Matthew?” made my day. I don’t even think if someone comes forth with some sort of logical, electrical wonky wiring hypothesis, that I will be swayed. I will hold on to it as a sign, and I’m grateful for it.


When our world was turned upside down three years ago, the mystery of the universe was suddenly foremost on our minds. What happens when we die? Where do we go? More specifically, where is Matthew now?  Obviously, we don’t know the answers to these questions. We don’t even know what tomorrow will bring. But perhaps by embracing the mystery of life (and the possibility of an afterlife) we can live our lives more fully right now. I know that I am trying to do this. And when I get a sign that literally causes goose bumps on my arms, I am filled with wonder and gratitude for it all. I was given a glimpse of something that appears inexplicable, and I am okay with that. It makes the future seem full of endless possibilities.


If you have ever had some kind of sign happen to you, I’d love to hear about it (and I'm sure others would too). Feel free to post it as a comment, or e-mail me.
Posted by Robin Gaphni at 6:45 AM 8 comments: