” How do geese know when to fly to the sun? Who tells them the seasons? How do we, humans know when it is time to move on? As with the migrant birds, so surely with us, there is a voice within if we would only listen to it, that tells us certainly when to go forth into the unknown. ”
~ Elizabeth Kubler –Ross 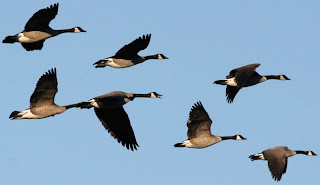 I've been silent on Grief & Gratitude for almost a month now. It's been a combination of the incredible continuous days of sunshine that have graced the Northwest this summer, as well as some new things on the horizon.

After almost 15 years of working at the Center for Courage & Renewal, I am moving on. This is no small step for me and I'm really trying to give it the honorable closure it so deserves. Before I tell you where I am moving on to, I want to talk a bit about the Center. I started there in 1998, when my youngest child was entering kindergarten (she is now about to start her sophomore year in college and she had a gap year in there too!). So much of how I mark time is with regards to the ages and stages of my children. I have been at the Center for their elementary, middle and high school years, as well as for many of their college years. I was at the Center when Matthew died, and I can't imagine a more supportive work place to have been as my family and I started down that path.

You might wonder why that is. For me, it is about the people who worked at the Center, as well as the 150 plus facilitators affiliated with it. They were so present to us as we grappled with the enormity of losing our son. It's hard to describe, other than to say that I felt their enormous love for us, even though they could never really know what we were going through. There's a Maya Angelou quote that says "I've learned that people will forget what you said, people will forget what you did, but people will never forget how you made them feel." The CCR staff, Parker and Sharon Palmer and the facilitators made us feel held and not so alone in those dark, early days.

So now I am on the eve of my final week at the Center, and I want to say thank you to everyone near and far who has been involved with "courage work."  I know that I have learned a lot over the years, much of which is going to be immensely helpful in my new position. It's been wonderful to work for an organization whose tagline is "reconnecting who you are with what you do." Some of the many things I will take away from working at the Center include how we open meetings with poetry, which enables everyone to really settle into the space and be present to what is ahead. I've also learned about the importance of asking open and honest questions, as well as the value of silence. I've learned how important it is to create space to listen to our inner voice. So I want to thank Parker Palmer and Rick and Marcy Jackson, the original founders of the Center, for the collective wisdom and guidance they have passed on to everyone since those early days. It's an organization that has much to offer the world.

So what's next for me? I am happy to say that I will be back working in my island community at a lovely non-profit called the Interfaith Volunteer Caregivers.  I will post more about it next Sunday, when I will be on the eve of embarking on this new adventure, just as tonight I'm on the eve of working my last week at the Center for Courage & Renewal.

Every exit is an entry somewhere else.
Tom Stoppard