Two roads diverged in a wood, and I,
I took the one less traveled by,
And that has made all the difference. 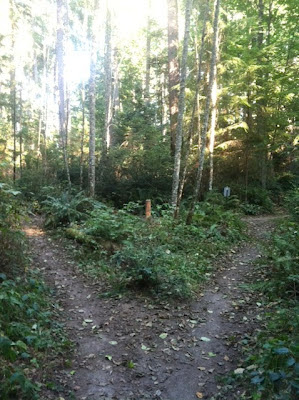 Last week, my husband and I had a conversation about the different paths one chooses in life, and how you never know which ones are going to lead you to places you never dreamed of going. He reminded me that last March marked 30 years since we first met each other on a kibbutz in Israel. He wondered what would have happened if I had landed in the kibbutz office an hour later and been directed to a different kibbutz. Our lives would probably have never intersected and we would have found ourselves on very different journeys.  I told him that for me, it all came down to a train ride in Italy when my life veered in a new direction.

I was 22 and had just graduated from college. I had conveniently saved my final quarter to study in England so that I could travel after school. From England, my friend Amy and I began our backpacking trip in Europe.  We traveled a bit in Spain and southern France and then found ourselves in Venice. We also found ourselves in different places on our journey. She was beginning to yearn to go home and I was just finding my traveling legs. The differences were unspoken, but there was a little tension between us. Then, on what would turn out to be a fateful train ride from Venice to Florence, Allison from Ottawa entered our car and my life took a new direction. Allison was traveling on her own and heading on to Greece, Israel and Egypt. She wondered if we were interested in tagging along. Not only did this allow Amy and me to part amicably, it also changed my life completely.

Initially, what most intrigued me about Allison's offer was Egypt. My grandfather had a Ph.D. in Egyptology and I had grown up listening to his stories and looking at pictures of his various trips there. Greece intrigued me also, and while I didn't know much about Israel at that point in my life, I was up for an adventure. Little did I know when I made that momentous decision that I wouldn't make it to Egypt on that trip. Instead, after a month in Greece I would land in Israel and within days meet the man who would become my husband.

We are all faced with choices, big and small, every day. We never know when we make a decision to do something what kind of impact it might have on our future. Obviously the above example ended up being pretty significant for me. But it makes me think about all of the little decisions we make along the way that lead us in new directions. It could be the college we choose brings us to a new part of the country that just feels like home. It could be an inspiring professor whose enthusiasm for a subject makes us change our major completely.  It could be that our preschool choice introduces us to a lifelong friend. Or it could be a volunteer role leads us on a completely different career path.

There are infinite possibilities that await us, and infinite paths to choose from. Sometimes I think it's important to stop and think about the paths we find ourselves on and reflect on our journey so far. It's far too easy to plow through life somewhat mindlessly and not appreciate the choices we make.

Obviously, I am grateful that I happened to be on that particular train from Venice to Florence and that Allison from Ottawa sat in my car. It makes me mindful that every day there is always the possibility of meeting someone who will have a direct impact on my life (or visa versa). It may be significant or barely perceptible. It may not even be obvious until years later. It certainly makes me look at the world with my eyes a little more wide open and thankful for the blessings that surround me.


Learn to get in touch with silence within yourself, and know
that everything in this life has purpose.  There are no mistakes,
no coincidences; all events are blessings given to us to learn from.
Elisabeth Kuebler-Ross