If the only prayer you ever say in your entire life is thank you, it will be enough.
Meister Eckhart 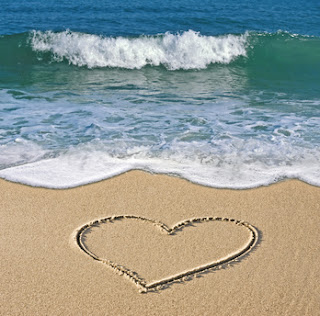 One of the things that happens after a loved one dies is that your community rallies around you in ways that you never dreamed of. It's astounding how you are lifted and held during those first few weeks. Meals appear at your doorstep, books and cards arrive in the mail, donations are made to the fund you set up, flowers and plants are left on the porch. The best of human nature comes forward and holds your family in a loving embrace.


Only now am I fully able to comprehend the magnitude of what occurred for our family. Twenty-one months later I want to say thank you to everyone who showed up in both big and small ways.


You see, for me, it was hard getting up out of bed and out the door each day in those early months after Matthew died. Everything was so flat, and time had slowed to a snail's pace as we entered those incredibly short, dark days of a typical Northwest winter. I wasn't able to summon up the energy to properly thank all of those who showed us such tremendous love and care. So now, twenty-one months later, I am giving my thanks.


I am grateful to those family and friends who came forth with the big and the little gestures; they all meant so much. The notes, the e-mails, the invitations for walks, coffee, lunch and dinner all carried great significance at a time when our world was knocked off its rotation and when, briefly, life's meaning was lost. But you stood by and gently held us until we could find our footing again. Even if we didn't acknowledge it at the time, your gestures did not go unnoticed. Thank you.


Some people tell me now they don't know what to do, or what to say to someone who is newly bereaved. They ask me for my advice. Of course, I can only speak for myself, because each person grieves so differently. But the one thing I can say with certainty is to be there for the person. Show up in the way that seems most authentic to you. This can be done in many different ways. It can be done by sending a card with a short note telling them that you are thinking of them, or a longer letter with an anecdote about their loved one. Both communications are treasured and appreciated. If you can handle a visit in the early days, then do it. Just keep it short because it's an exhausting time for the bereaved ones. And make it about them, not you. As those early days give way to weeks and ease into months, sending short e-mails and texts saying, "just thinking of you" help immensely. They remind us that people are there and haven't forgotten us (or even more importantly) haven't forgotten our loved one, and for a moment we aren't quite so alone in our grief.


Here's an example of a story a friend shared with me during those early months of grieving that helped me. Her mom volunteers at our local library's book sales, and consequently brings home lots of used books. In December of 2010 (just a couple of months after Matthew died), my friend's brother's family was visiting her and she settled in one evening to read to his two young children.  She picked up one of the books her mom had recently brought back from the library sale--The Story of Ferdinand. When she opened it up she saw an inscription dated November 1994, showing that the book had been donated to the Wilkes kindergarten class by Matthew Gaphni and his family. The inscription read that he hoped it would be the first of many adventures in books they would have. My friend told me that she just about lost it then and there, but quickly realized that this was a remarkable coincidence to treasure. She felt that Matthew was there with them, and she read The Story of Ferdinand to the two young children in his memory.


I started this post off by voicing my thanks to everyone for all that they did during a very difficult period in my family's life. I want to end it by saying that even the smallest act of kindness can carry enormous meaning to a family in need. Even if it's not acknowledged then or ever, it doesn't go unnoticed. Trust me.